I’m watching a TEDx talk by Christof Koch ‘The Scientific Pursuit of Consciousness’. Christof Koch is a prominent Neuroscientist and says that since he was a child he had always thought that dogs have consciousness as they seem to display emotions such as hunger, anger, and anxiousness. Appalled by the Christian view that only humans have souls and go to the afterlife, he always thought there must be some place for dogs too. Tackling with these issues, he came across the ancient concept of panpsychism which he feels answers the question of consciousness.

While watching I found myself doing a running criticism in my head and thought I’d put it on paper to see if there’s anything I’m missing: (I have presented my criticism chronologically to his speech below)

He claims there are three strong arguments in favor of panpsychism:

Starting with the biological argument. He says that as we all have a similar brain and language ability we generally agree that each of us has consciousness. Although none of us has the ability to know the subjective experience of anyone else. Extrapolating from that we extend this to human children and Infants.

We can even extend this to some animals such as Apes, elephant, and dolphins. He argues that a lot of these animals perform certain tasks which if a human was doing we would assume consciousness.

Describing the human brain Christof Koch says that there isn’t a significant difference in any of its constituents from that of other animals. That as far as size goes we are not unique, the size of an elephant’s or dolphin’s brain is much larger. Anatomically there isn’t a big difference either and that only an expert neuroscientist under a microscope can differentiate a human brain cell from a monkey’s brain cell etc. In fact, he states:

#2. Criticism: Given he is a neuroscientist I found this statement to be very shocking. A big difference is the, brain : body ratio, which is far higher in humans than any other animal. It is generally quoted as a measure of intelligence! but I’m not taking that line of argument (What difference should it make if an animal’s body is big as long as their brain is similar?).

Another area to consider is the neocortex (the latest part to evolve) which is significantly larger in humans (but also in certain dolphins, in fact even larger than humans!). The problem here is that this line of reasoning does not lend support to Panpsychism whatsoever.

To say the human brain isn’t unique hence consciousness must be more prevalent is very ambiguous. The brain is certainly unique in that it is a human brain and not that of another species. This is due to an accumulation of some unique and rare feature plus a lot of much more prevalent feature. But this exact configuration is only human.

Focusing on the forebrain, for example, not many animals have this area significantly developed. And if it were to be considered a marker for consciousness then perhaps we could argue certain animals with large forebrains are conscious. But we cannot claim consciousness is hence universal. All we have done is included a few more to the conscious group.

He also argues that language is often used as an argument for consciousness. He sees this as inherently biased because as he states:

” Interestingly this excludes all other species from possessing consciousness except us.. In fact, it was meant to do that. A species has a radical desire to come on top of any ranking” (the crowd giggles to this)

#3. Criticism: This one is the hardest to digest. He kind of makes fun of this and just brushes it under the rug. My opinion is that language has a big role to play in consciousness and it is worth addressing at least. To say that it was meant to exclude other animals doesn’t answer or add anything. I for one am not a ‘speciesist’ and don’t have any beef against other animals. What I’m interested in is consciousness and if language plays a part in it or not. After all, it is a uniquely human ability and we know for certain humans are conscious.

I also take contention with claiming consciousness is the ‘top’ of some ranking. Why is it the top? (stating such things is speciesism as far as I’m concerned).

In summary: Using language we can define things in the outside and inside world. What is in the ‘real’ can only be experienced, but in order to be aware of it/ think about it/ or talk about it, we need to be able to describe it. This description is the function of language. Without the use of language, what is the difference or similarity between a tree, a stone, a bird or anything else? (all of these are words of language).

Going on he states that there is no demarcation between us and any other animals (from worms to Apes). Hence it is ludicrous to suppose that we are exceptional in consciousness.

#4. Criticism: Except none has language. Apes have a smaller forebrain. Worms don’t even have a proper brain. So it’s not ludicrous at all. (On the other hand, it does seem ludicrous to state that the internet or an electron is conscious)

Siding with Buddhist philosophy Christof suggests it is much more rational to assume that we are all children of nature, that all multicellular organism possess some degree of consciousness.

He sees panpsychism as a very clear and coherent intellectual framework. Starting from Descartes ” I think therefore I am” Christof asks how do we get this subjective experience?

If a larger brain such as ourselves has the feeling of a throbbing headache where did this come from if it wasn’t already present in more simpler and smaller brains.

Building from this he proposes his panpsychism view:

” All complex systems have consciousness”

#5. Criticism: If Buddhism says we are all children of nature, I may agree, but does that say anything about consciousness? I doubt it does.

Christof Koch differs slightly here in saying that consciousness only comes with highly organized matter (in other words it is not pervasive). I still fail to see how this answers anything, it feels more like a cop out for material science.

Does he feel there is some type of matter which is NOT conscious? (which is a bit contrary to Panpsychism). If so where is the demarcation between conscious and non-conscious matter? This is a self-defeating view to have.

An exterior and interior surface, huh? That’s saying the same thing in different words, it doesn’t explain anything further. It’s the same as saying complex systems have subjective experience. The glaring question remains – Why?? and what’s the evidence??

The aesthetic argument for Panpsychism

He states that these theories of Panpsychism can be very precisely explained in the language of mathematics. Using Tononi’s Integrated Consciousness Theory. Which, in summary, states that any integrated system has a degree of consciousness and this can be calculated as ‘Phi’.

We cannot see something apart from it being as an integrated whole, for example, you cannot be conscious of a cat without the integration of its colors and shapes. That is you cannot see it in black and white no matter how much you may try. This is related at the neural level via a complex process of association between many neurons. And if this integration at the neuronal level disappears for example in a seizure or during deep sleep the conscious experience disappears as well.

#6. Criticism: I agree that we only perceive things as an integrated whole and integration as we understand it does take place in the brain. I find this to be interesting and feel it may teach us something about consciousness. But does it fully account for consciousness? 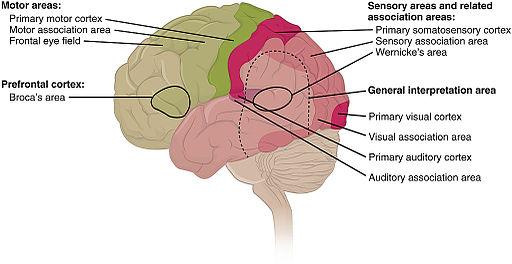 The stance here is to find a generalizing principle (integration). But what of the specific configuration of the human brain areas. What about our unique ability to use language (as discussed above). What about unconsciousness, there are many integrated processes happening within our brain that we are not conscious of.

So why should integration equate to consciousness?

Using the theory he attempts to tackle Qualia. For example colors, Christof says that according to the integrated Theory:

every color (or any other qualia) is associated with a specific geometry in a ‘hyper dimensional qualia space’. It is this geometry itself which is the experience of consciousness. We don’t Experience the outside world but only states of our brain (this geometry is that state).

Furthermore, this theory is being used clinically to assess the level of consciousness for Comatose patients!.

#7. Citisicim: Here again I see another baseless claim. The geometry triggered in hyperdimensional ‘Qualia space’ is what we perceive as the perception? Other than being a statement with no backing I don’t see any value in it. When one uses the same word (Qualia) to describe itself, you know we are getting nowhere: 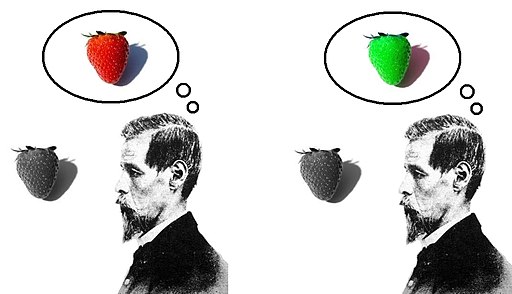 The notion that this is being used clinically is alarming as well because potentially very significant decisions can be based on this theory. The theory itself I feel is unsubstantiated. I have mixed feelings to the extent that it can serve the purpose of reducing anxiety and aiding decision making which in itself is something to consider. The soundness of these decisions is another issue.

There is no distinction whether the integration takes place in brains or Silicon circuits. Any other integrated matter such as computers and more importantly the Internet which has in total to the order of 10∧19 transistors (much more than the synapses in a human brain), could be conscious and it is interesting to think about this.

#8. Criticism: This notion is similar to the global brain hypothesis which I touched upon in my post on Cybernetic Epistemology. Following on from my above criticisms this claim is another extrapolation from a baseless theory. It, in fact, serves as evidence against the theory because as far as we know the internet is NOT conscious and we are. Even though we can only truly know our own consciousness we all still agree other humans are conscious, this is based on our own evidence. But what evidence do we have for the internet being conscious? None.

This in a way shows what happens when we try to cop out material sciences. We should, in fact, conclude that as the internet is an integrated system and it is not conscious, integration alone cannot in itself explain consciousness.

Do share your thoughts in the comments section below 🙂